The annual Layne Staley Tribute has been announced! This year the Tribute will be held at The Showbox, downtown Seattle. Save the date for Friday, August 24th as Jar of Flies will be doing another year of phenomenal tunes with surprises throughout the night!

Dan Nunn (Founder and President of “Nunn Better Productions) commented on the upcoming event “NPB is excited and honored to be a part of the 2018 Layne Staley Tribute; providing the production capacity to secure a historical venue. Aside from being huge fans, we also aim to provide an additional promotion aspect that will involve more people, helping the event to continue to grow.

The Tribute this year is being put on by Nunn Better Productions, JT Phillips and The Showbox. 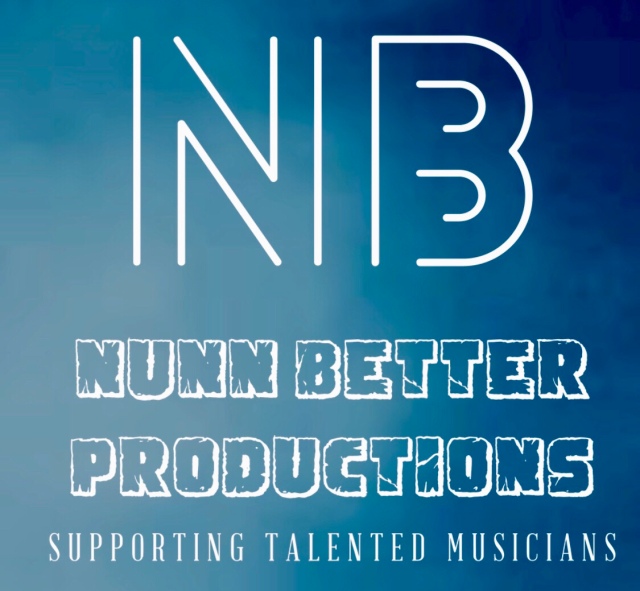 A Portion of Proceeds to be Donated to the Layne Staley Memorial Fund, benefiting THS (Therapeutic Health Services), a Seattle-area network  of clinics, that treats chemical dependency and mental illness with intervention, treatment, and prevention. Helping individuals and families lead healthy and happy lives.

Please check out the 2018 Layne Staley Tribute on Facebook.

* Hoodies, T-Shirts and Posters will be for sale once again this year at the Layne Staley Tribute.

There is another night of music that indirectly coincides with the Layne Staley Tribute, which falls on Thursday, August 23rd at El Corazon (formerly The Off Ramp). This is “A Night At The Off Ramp”. Bands Washed in Black (Pearl Jam Tribute Band), Outshined (Soundgarden/Temple of the Dog Tribute Band), Stargazer (Mother Love Bone Tribute Band) and many special guests. This is also being presented by Nunn Better Productions,  JT Phillips, and El Corazon. 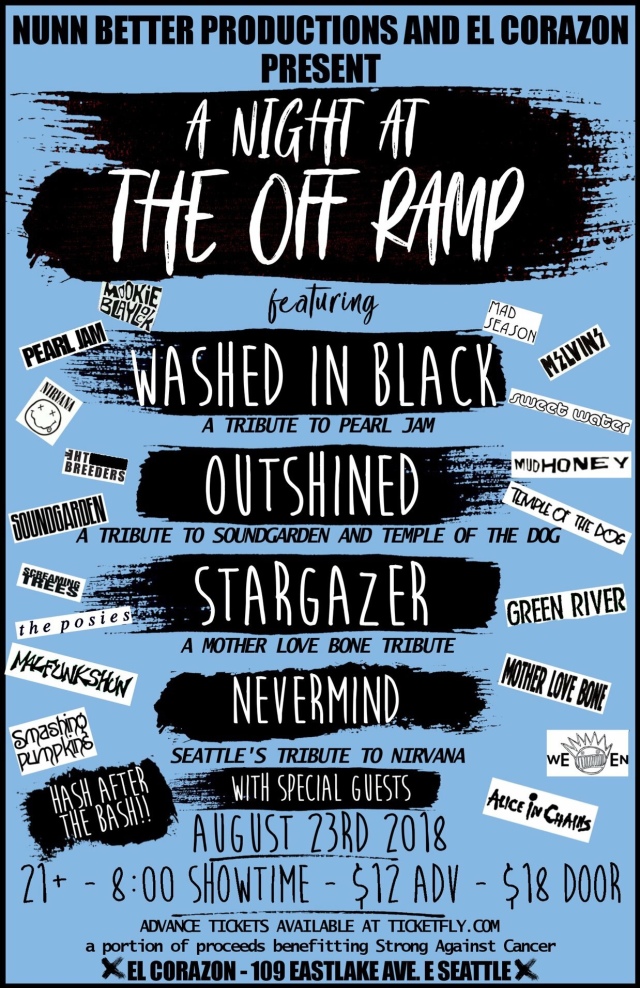 Purchase your A Night At The Off Ramp Tickets

You can also check out this event on Facebook. A portion of proceeds to be donated to Strong Against Cancer.

(Photo used with permission from Lance)

NeHi Stripes, will be covering both nights and will try and come to you LIVE, from our Facebook Page. We will follow up both nights with overall coverage in an article; something we’ve done for the past few years. We will update you with updates that may happen between now and August.

Layne Staley has been a monumental influence on so many lives, even 16 years (4/5/2002) after his passing. It’s quite heartwarming to see so many people come from all over the world to attend year after year. Making new friends and connecting with them to share that love for Layne, has never faultered. *On one final note, due to the “Night at the Off Ramp” being on the same night that many people gather at the Seattle Center Fountain to share; we will update everyone if that time gets changed earlier.

“Whatever dramas are going on in my life, I always find that place inside my head where I see myself as the cleanest, tallest, strongest, wisest person that I can be” Layne Staley

Note – All Photographers, graciously gave us permission for the use of their photos for our article. Thank you to Lance Mercer & Karen Mason-Blair.

Merchandise from the Layne Staley Tribute 2017, is for sale here; https://squareup.com/store/quigley-music-productions/ and on the official Layne Staley website at http://www.layne-staley.com